Kafka in the Club 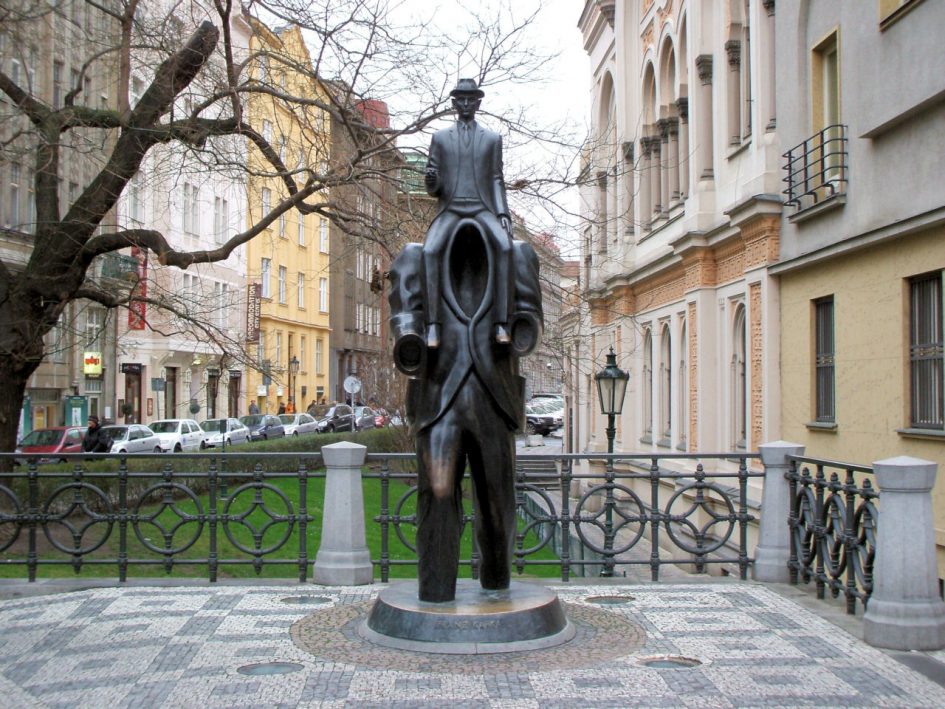 I really felt like going to the Club and was feeling happy and confident in my own skin, which is why I decided to wear my normal everyday clothes – black and almost-gender neutral, as opposed to my feminine yellow dress I usually wear in the Club. I was curious how it would impact on my experience and what the others would think.

It was a disaster! I entered the way I normally enter places – no fuss, friendly greeting, positivity, feeling authentic and happy to be me – that’s the image I want to portray and even when I’m not succeeding, the effort still feels right and true to me. Weirdly, in the club, it felt inappropriate and fake. Noone knew what I was trying to communicate and how to react. Confused and humiliated, I got undressed quickly and went to see the female shamans to be purified.

Dying was difficult. I realised I was trying to be tough and hold on to some kind of a role that I perceive to be my “real me” in my everyday life but in the Club, it felt silly. I wasn’t fooling anyone, and definitely not the women: “We don’t care about the ‘you’ that you think is the real you – we know the REAL you. In order to be purified, you have to drop this act. In a way, this version of you is more detrimental to your purification than any other versions of you because it’s the hardest to let go of.”

They were right but it wasn’t easy to let go because I felt ashamed. I worried I must have disappointed the women as well as Dionysos by presenting this normal, acceptable, functioning, nice and quite sane version of me, as if it was a triumph when, in reality, it was a lie that anybody could see, except me. Being caught in the lie, my first response was to insist it was true even more and seek validation form someone else. Hemingway came to me and said: “you’re holding onto pain again. Let it all go and let go of that pressure to create! Seek joy, not pain.”

His criticism was kind and I wanted to follow the advice but it soon turned out that I was actually trying to please him and others, which was not the way to purification either.

All of a sudden, and completely out of nowhere, there was Kafka. Kafka in the Club! He didn’t fit in at all. He was sad and awkward, dressed in old-fashioned clothes. There wasn’t a bit of coolness in him, no intensity and no sign of the appreciation of tragedy or joy. Him showing up was just as absurd and weird as one’d expect. I didn’t want him there. Patrons noticed my discomfort and hesitation and took it as a sign of a deeper issue: “But you like Kafka and he’s from Prague. You’re proud of him and you relate to him too. He might be more similar to you than any of us.” That was correct. While I like Kafka – in the Club, he was like a mirror that reflected the fact that this entire club is full of people from other parts of the world and with very different experiences for my own. He also made me realise that I am haunted by the idea that pain and misery are more important to creativity than joy.”

Dionysos was confudsed about my reaction too: “Kafka is mad, why would we kick him out? He belongs here!”

“But he’s not going to help me find joy! I’m stuck because of him, I don’t want him here.” I said.

I knew I was being incredibly stupid so I changed strategy and decided to see if I could make Kafka happy and teach him how to dance, help him break that old-school stiffness of his, his darkness. He tried and even took his jacket off but he just wasn’t a dancer – he couldn’t dance at all. I lifted him and sat him on my shoulders. It was funny but everyone was like – “why would you do that? How can you dance with Kafka sitting on your shoulders…. Why carry that heaviness?”

John Coltrane came to have a little heart to heart with me… “Look, don’t reject Kafka, you know he’s one of a kind. Maybe rejecting him you’re rejecting who you are and where you’re from. You want to be with us, you’ve created this world of tragedy, joy, trance and it’s a very non-kafkaesque world but what you’re doing is not so different to what he was doing. You’re just as crashed by the everyday life like he was… And you know what? We all are inspired by him and by this kind of suffering. We love Kafka, whether we get him or not. Don’t try to lift Kafka, give him what he never knew, the body that knows joy…. a female body…  Give him music….”

I got into the trance again and all I kept hearing was: “don’t chose misery, pursue joy. Don’t delve on words, give music to your words, don’t write without music…”

I was finally purified. Music changed and was very elegant. I felt light and easy. John Coltrane was happy about this instance of me converting the joy I get from the arts into physical pleasure. “Not all women can do that. It’s sexy and the best compliment to art.”